My interest in Swiss Railways started in the late fifties with a school trip to Champex Le Lac near Martigny travelling  2nd class SNCF from Calais to Basel and thence onward in a  Swiss carriage with wooden seats. From Osieres in a Post Bus, with a separate luggage trailer, listening to “Cathy’s Clown” by the Everly Bros on the radio staying at the now closed Hotel De La Post.

I have led a charmed life in that I have worked in two totally different industries both of which I thoroughly enjoyed. Especially my eighteen years on the “railway” as a Platform Supervisor, Operations Supervisor and the final twelve as a Train Manager taking trains from the West of England and Wales to Paddington and back. A great way to see the country and getting paid for the privilege.

I joined the Society in 1997 and soon took over organising the Bristol & Bath Branch. After a short period I was appointed to the Management Committee and served for many years undertaking the position of Secretary and latterly as Exhibitions & Publicity Officer.

I organised three Society trip’s to Switzerland starting in 2009 the highlight being a visit into the then new Lotschberg Base Tunnel in 2011. Wonderful memories and many friends made.

I will do my utmost to ensure the continued success of the Society as all my predersessors have done. 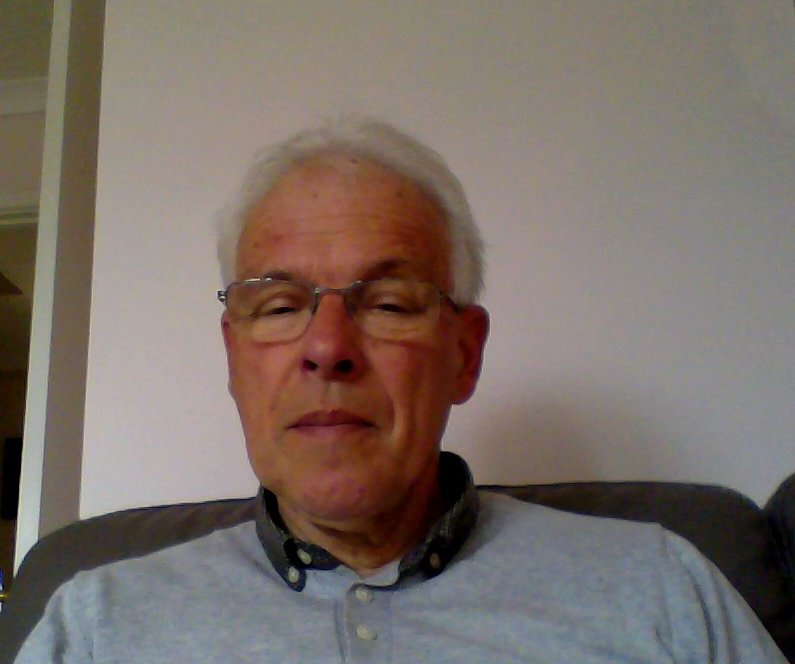 I was elected Company Secretary in March 2018 and had been the Society’s Membership Secretary from 2006-2012. Over the last decade or so, in association with David Stevenson, I have been responsible for the Society’s eight Swiss Travel Guides and the subsequent series of more detailed books about various forms of public transport in Switzerland including railways, postbuses, ships and cableways. In recent years, I have also been responsible for preparing and updating the index of Swiss Express articles. I joined the Society in 2000 but first saw something of Switzerland in the course of a school trip in 1968. I visited Switzerland annually from 1972-1979 and then 1997-2015 and hope to go again some time! I am a member of the Yorkshire Branch and previously was a member of the West Midlands and Birmingham Branches.

Born in 1951, I am married to Sue; we have a son, two daughters and two grandchildren.  I have retired from a public sector career which included 27 years in the Civil Service and 10 in the NHS. 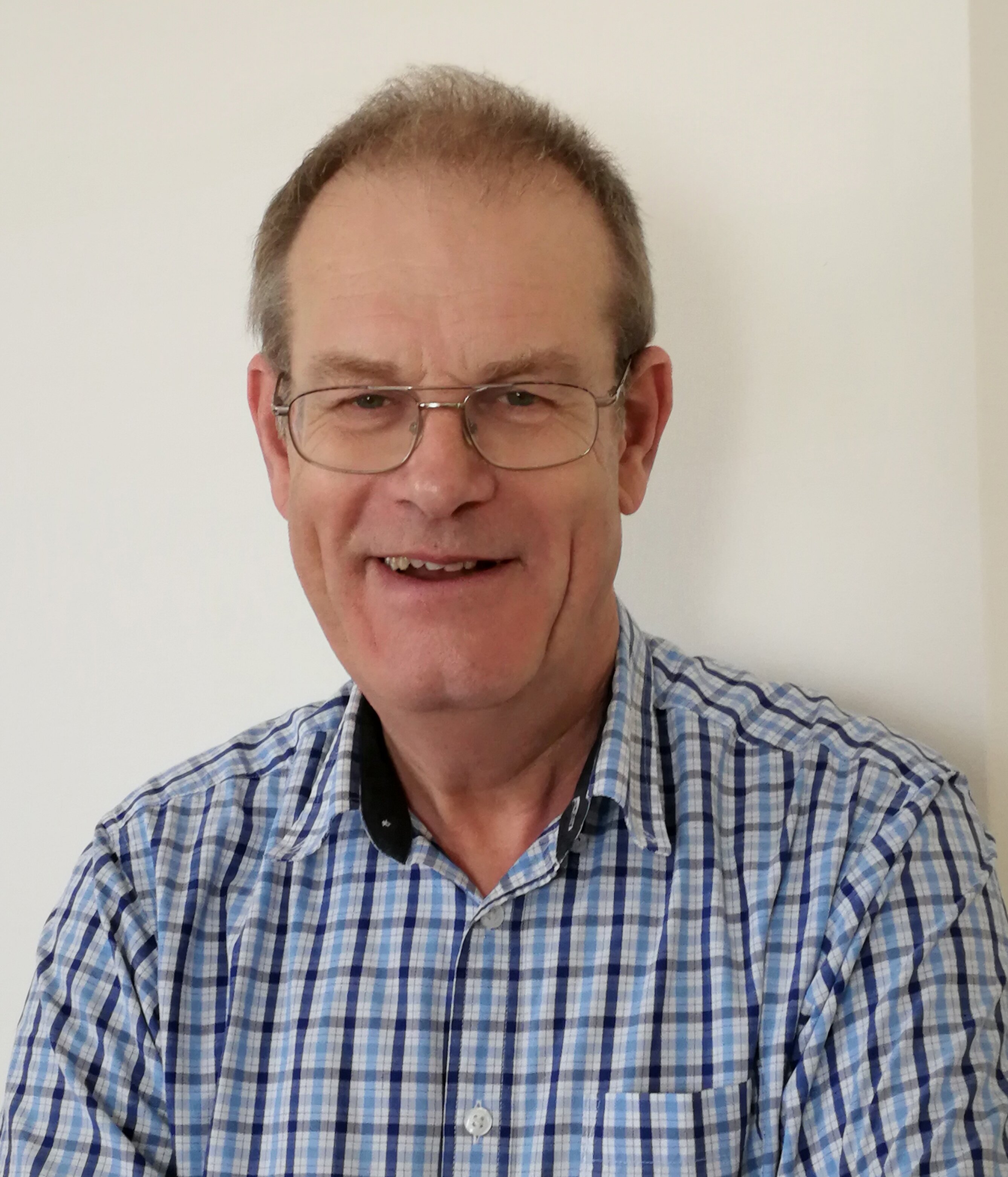 I was elected as Treasurer at the 2016 AGM after having been co-opted a year earlier to work alongside Malcolm Job who was retiring from the role at that AGM. Fortunately, as a retired engineering manager dealing with figures, finances and the related IT work held no fears for me. One of my first tasks after election was as a member of the sub-committee dealing with the transition from an unincorporated society to a company limited by guarantee.

My first practical experience of Swiss Railways dates back to a skiing holiday in 1983 when I took a day off to explore the Martigny-Orsières and Martigny – Le Chatelard – Chamonix lines and immediately became addicted! Although many other visits exploring the wonderful Swiss Transport System followed it was not until 2003 that I joined the SRS. Later I started attending West Midlands branch meetings which, for me as a long standing Severn Valley Railway volunteer, are conveniently held in Kidderminster Railway Museum.

In recent years I have also been leading rail-based tour groups to Switzerland and have been delighted to meet many SRS members amongst my fellow travellers. 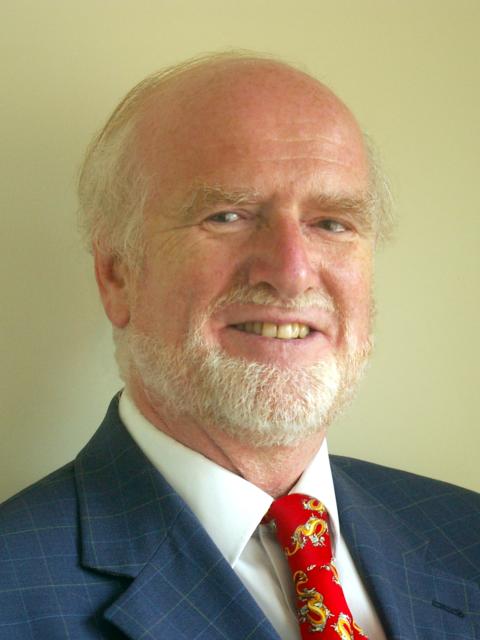 
Compared to the rest of the Board, I am a relative newcomer as I only joined the SRS is 2004.  However, my interest in Swiss Railways started much earlier on a school trip to Lauterbrunnen in September 1964.  I can still clearly recall the excitement of that overnight journey from Calais, breakfast in the buffet at Basel SBB and the magic of seeing the snowclad peaks of the Berner Oberland from the train window between Bern and Thun, something that comes back to me every time I make the journey today.

I took over the role of Exhibitions and Publicity Director and became Editor of the Society magazine in 2019. 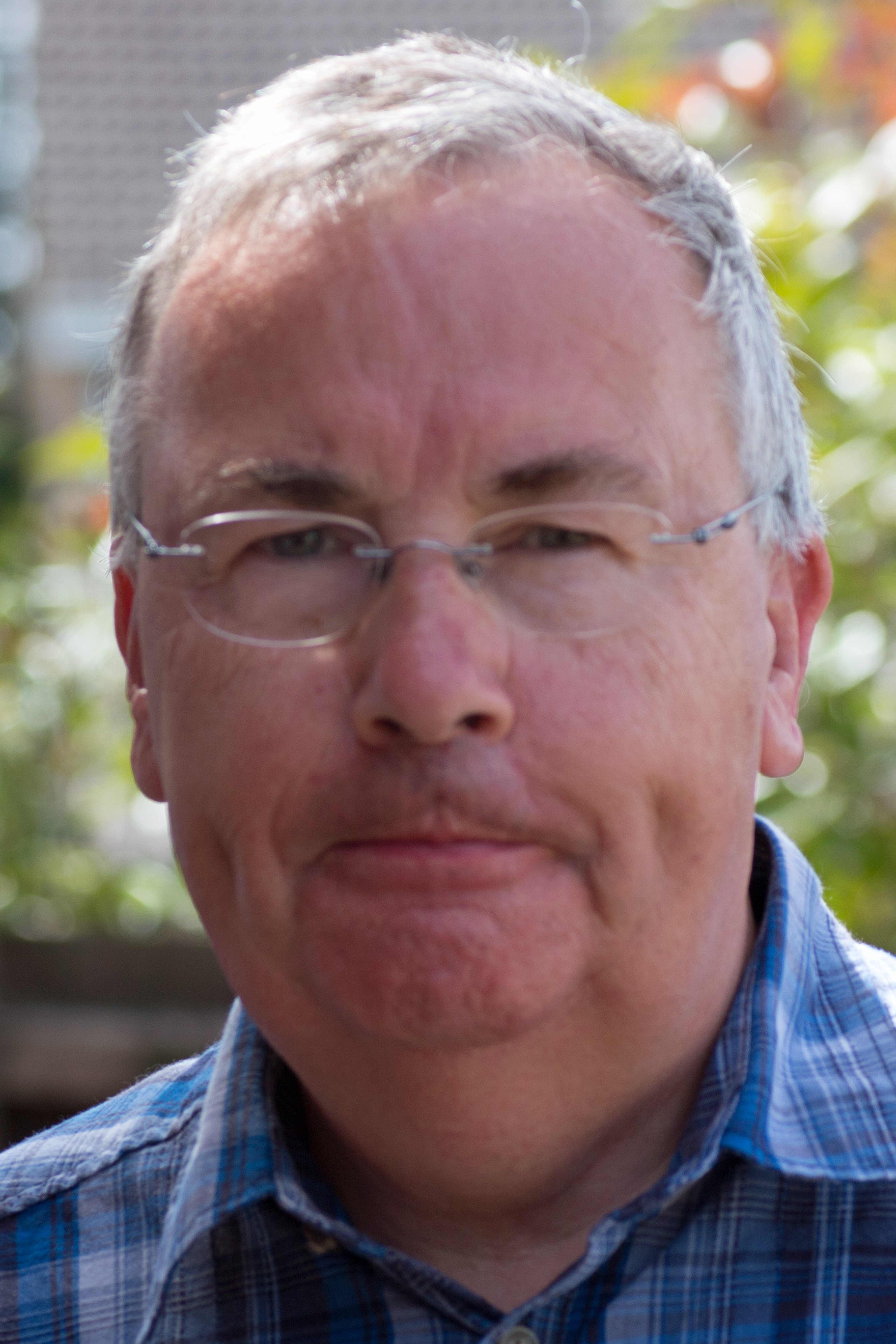 I first holidayed in Switzerland in 1984. While on holiday in 2005, I met two members of the society who extolled it so I joined the SRS in 2005. I got permission to form the Birmingham branch at the 2007 AGM in Bristol. We started meeting in September that year and continued until May 2018 when we ceased to meet due to falling numbers which made the branch unviable. In the meantime I took over as membership secretary from Martin Fisher at the AGM in 2012; a job I very much enjoy doing and which I hope to continue doing for a few years yet.

In my working life I served for 41 years in public passenger transport dealing mainly with routes and infrastructure. 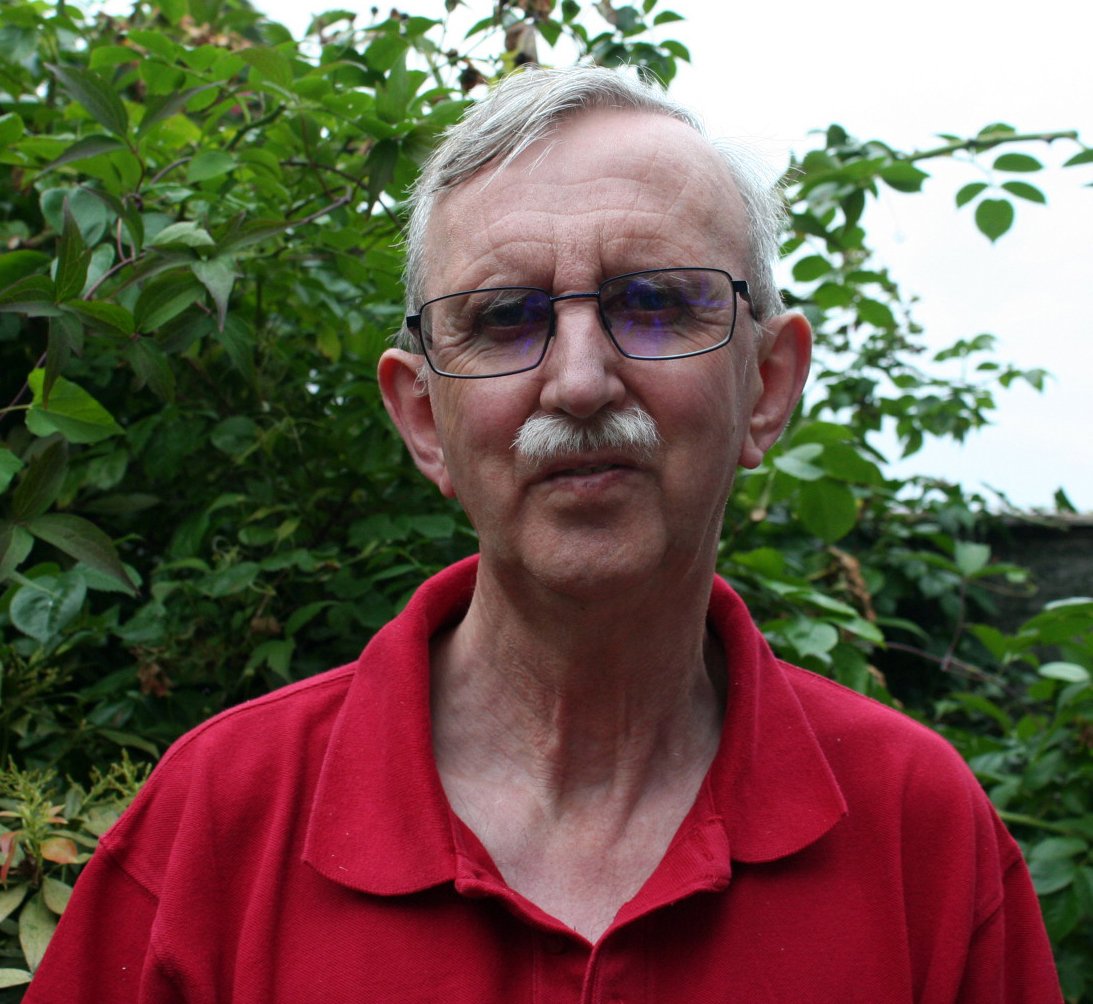 I first visited Switzerland almost by accident in 1973. I was on a coach tour to the Italian Grand Prix at Monza and our hotel just happened to be in Lugano. I now realise that our coach went over the old Gotthard pass road and I thought Lugano was a most magical place. Skip forward eight years and I decided to go on a coach tour of Switzerland. For some strange reason, most of the hotels were near to railway stations and I began to get a little interested in what was happening. The holiday ended in Interlaken. We did the Jungfraujoch trip in perfect weather and at sunset the Jungfrau turned red. That was it, I was hooked!

Of course one thing leads to another and I saw an announcement in Continental Modeller for a film show organised by the Swiss Railways Society, I contacted the Society and joined in 1984. I was initially more interested in how the railways overcame the topography than the actual rolling stock and operation, that came later along with a HOm RhB model railway.

I started the East Midlands Branch of the Society in 1989, meeting in Derby, as we still do and I joined the committee in 2000 as Sales Officer and also Webmaster since 2013.

Personally, I am 67, married to Pam and spent most of my working life with British Telecom and formerly the GPO, working on telephone exchange maintenance. 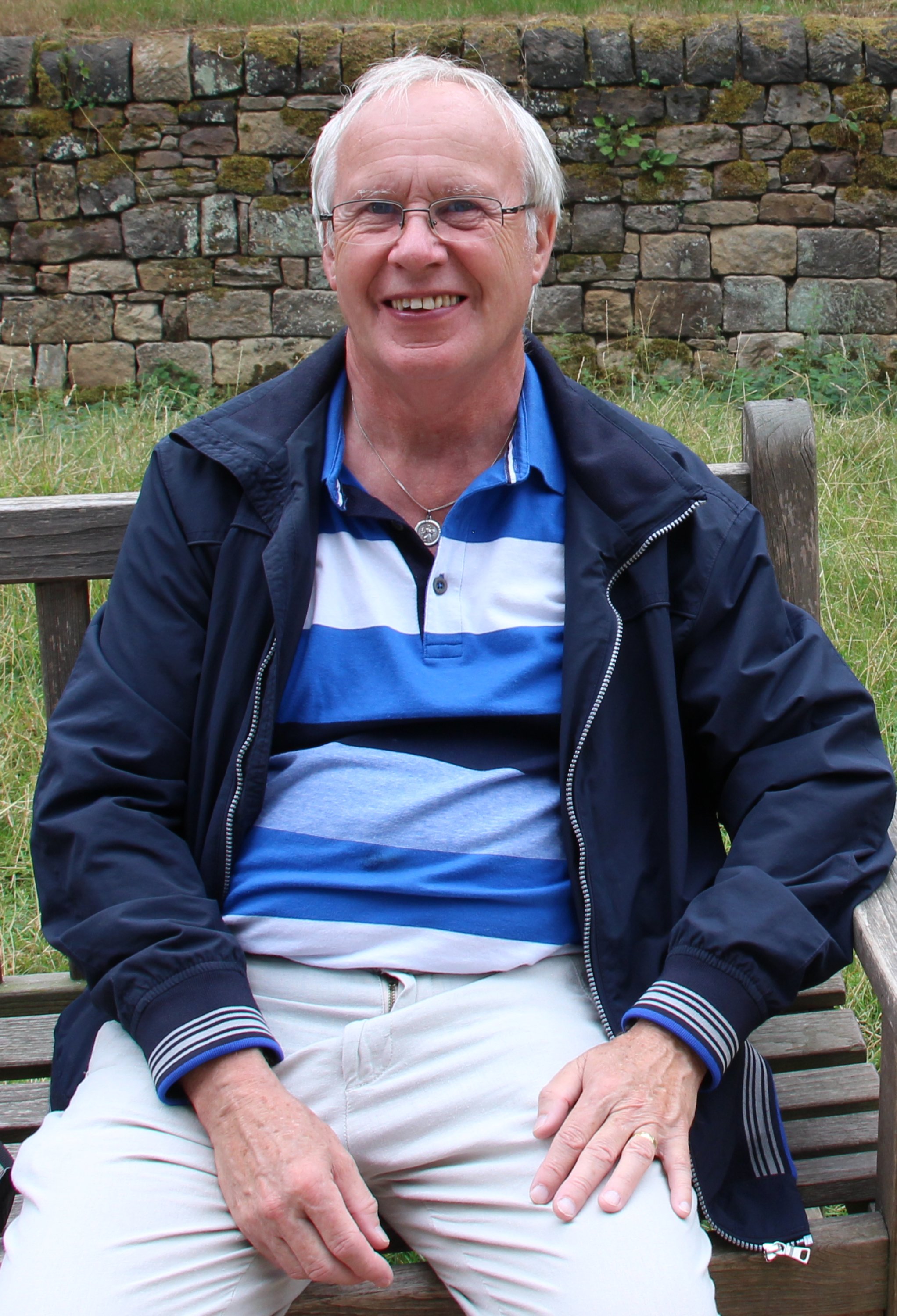 I joined SRS in 1992 and in 1999 joined the Committee as Editor of Swiss Express which I did from 1999-2006. I then became Secretary until 2018 and inaugurated and saw through with others the changeover to SRS becoming a CLBG. This year I stepped down as Secretary and became the Archivist and Publications Director. During all this time I have produced all the Swiss Express publications which have been largely written by Martin Fisher the present Company Secretary.  As you can guess from the photo I’m a Grandad to six lively little ones. I worked until retirement in the Bus & Coach industry and since then have volunteered at the Bus Archive. I’m also involved with the Italian Railways Society and Buses Worldwide holding active committee positions on both. In my spare time I sleep. 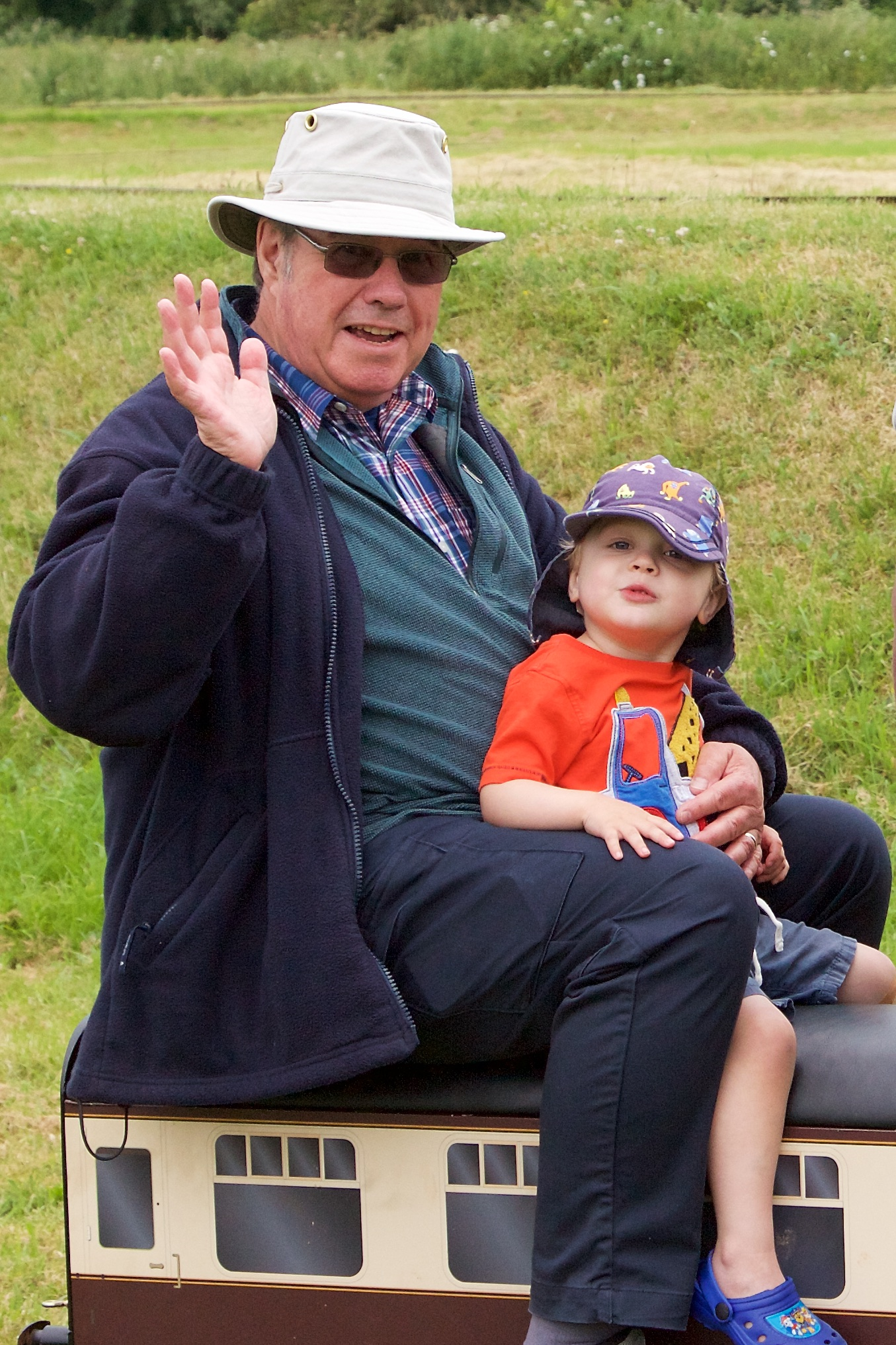 
As a lifelong fan of all things train related and a long time member of the Society this position provides me an opportunity to contribute to the running and development of the Society. I have some prior experience as I was an occasional assistant to our current Chairman when he was in the same role previously.

2020 so far has been the strangest of years and as such with all shows and exhibitions cancelled I hope that 2021 provides opportunities to bring the SRS Stand out and to meet new and existing members. 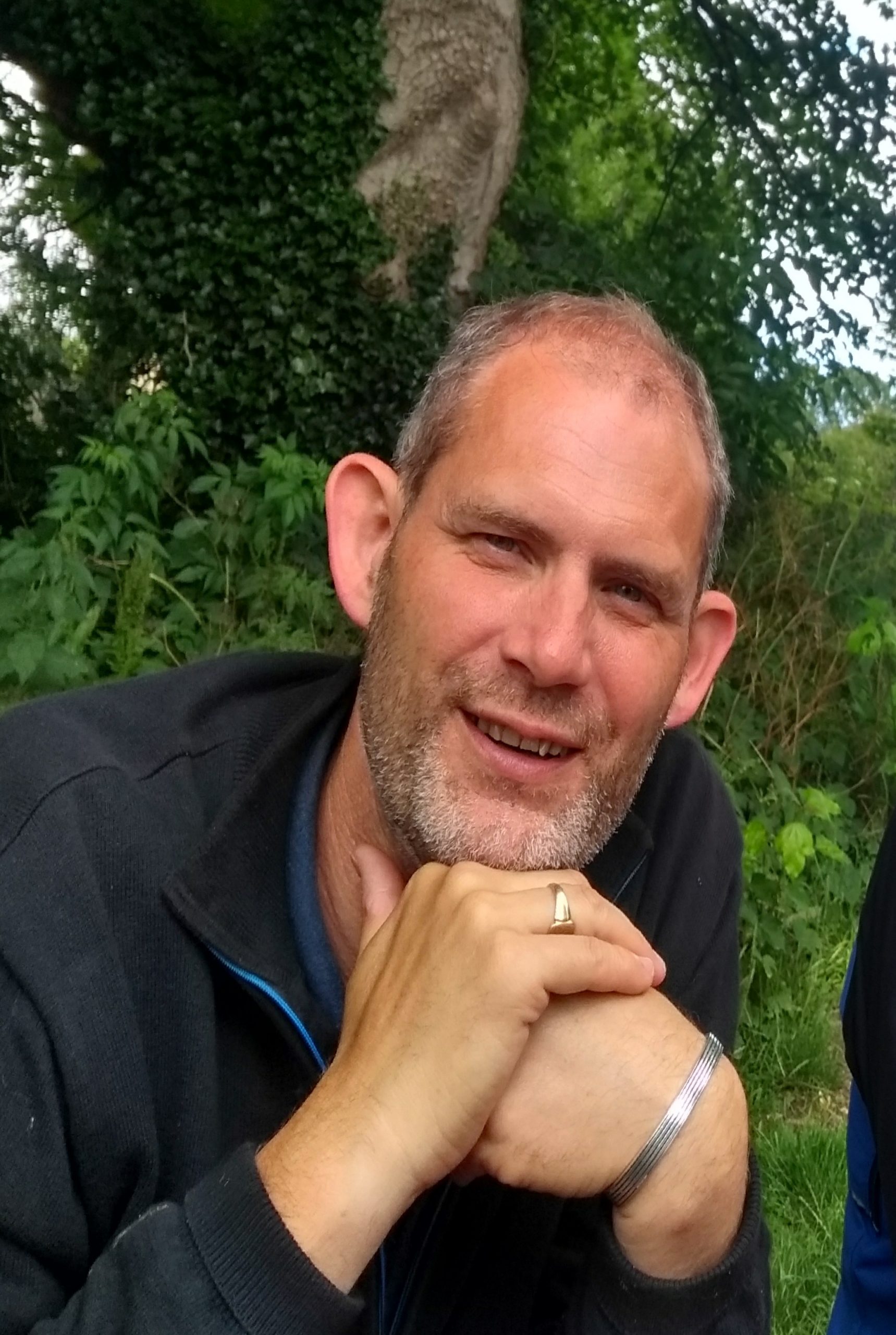 Having a Swiss grandfather, who emigrated to England in the late 1880s, an empathy with most things Swiss is probably in my genes!  I was eight when we had our first family holiday in Switzerland and that first run from Basel SBB to Luzern convinced me that I could be as interested in Swiss railways as any others – paddle steamers were added in the next part of the journey along Lake Lucerne.  Photography (moderately well) and skiing (inexpertly) are among my activities, making Switzerland a very appropriate holiday destination.

My professional career was as a rolling stock engineer, so my railway interest does tend to be towards traction, though I can be equally enthusiastic about the actual running of a railway.

It was my wife who suggested I should join the Society after a skiing holiday in 1987.  She has never said she regrets it, but it has led to my giving presentations at many of the Branches, being London Branch Organiser for several years and a former Society Chairman for rather more. 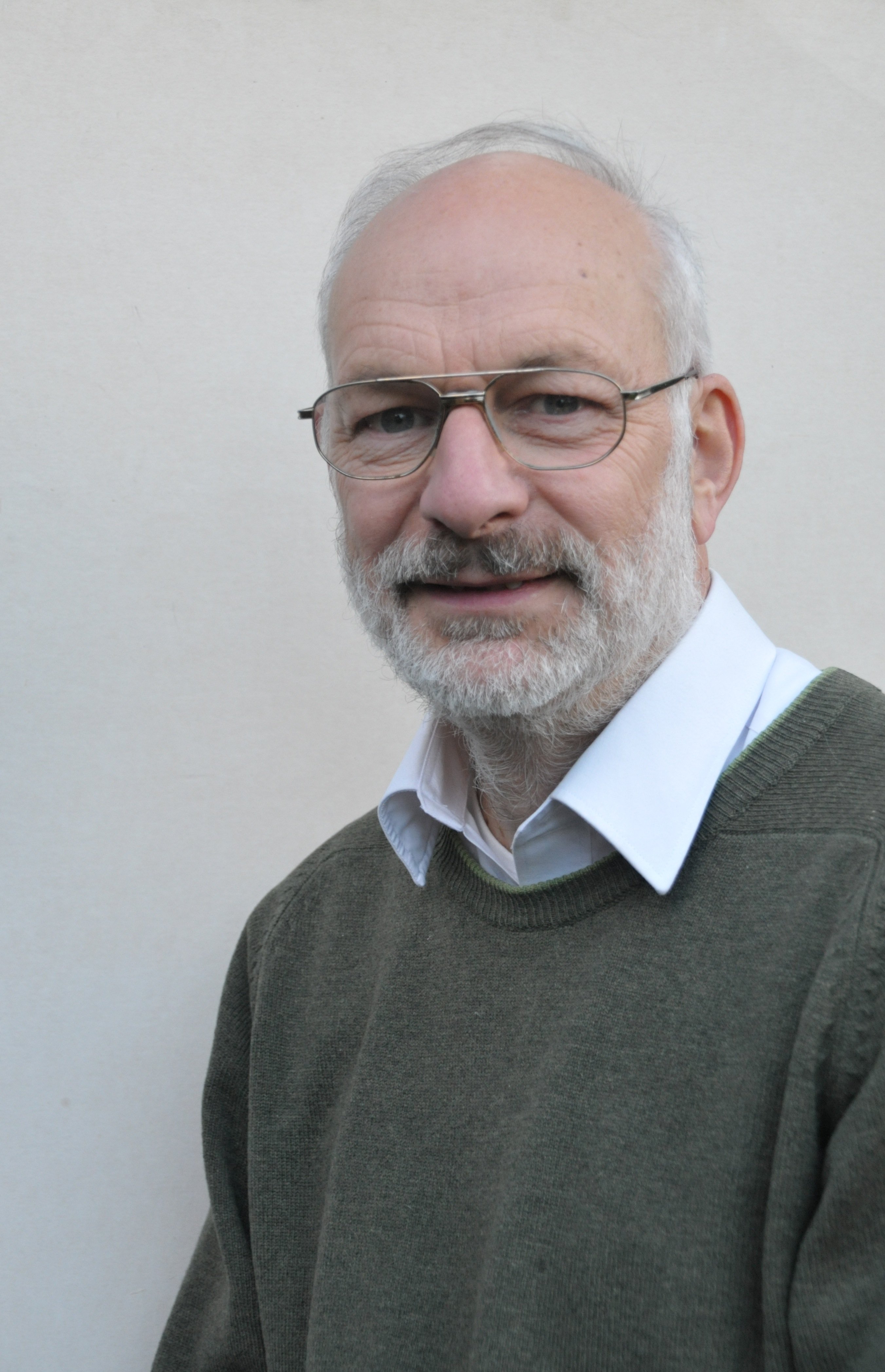 Like Paul, I had a Swiss grandfather who emigrated to England in the late 1800s and I still have family connections in the Ticino.  Holidays in Switzerland started in 1966 and I have been going back as often as possible ever since.  Although the railways have changed enormously in those 50 odd years, I still get the same thrill looking out of a comfortable carriage at the beautiful mountains.

My working life was as a bus and coach company manager working in London and Birmingham and later as a marketing consultant.

I joined the SRS back in 1985.   I was asked to fill the vacancy created by the untimely death of Neil Wheelwright last year and was co-opted on to the Board at the January 2020 meeting. 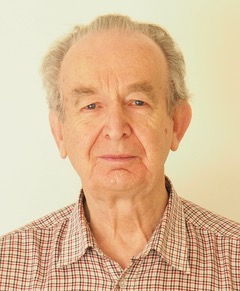 The price of the hardback book "Swiss Postbuses" has been reduced to only £18 - Grab yourselves a bargain whilst stocks last. Dismiss