The March issue was dispatched to members at the end of February and includes the following features: 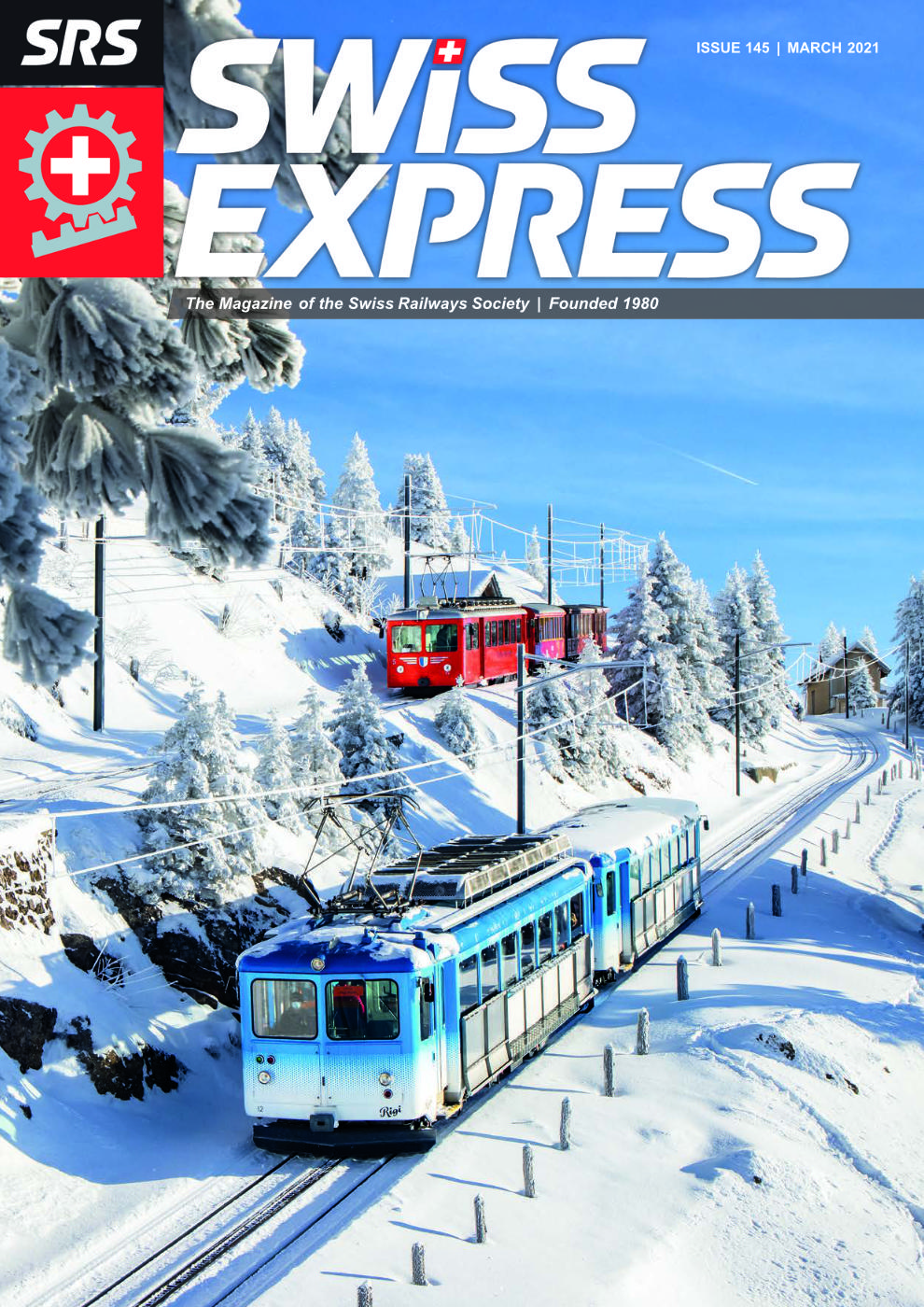 ● Restoration of Rotary Snow Blower R.12 completed.
● A Bunch of Doubting Thomases.
● Where’s Heidi?
● Historic Train on the Centovalli.
● Times Past – Engelberg 1939.
● “Zephir” – a little Locomotive with a long History.
● SBB Diesel railcars and multiple units – part one.
● The Vierwaldstättersee and the Virus.
● I saw my life flash before me – Thank you, BRB.
● Farewell to Old Friends.

2001 to 2019 Editions of Swiss Express are available to download in pdf format on the “Swiss Express” page within the Members Area.

Current year magazines (2021) are only available for sale under special circumstances.

Martin Fisher has compiled a new index to Swiss Express going back to issue No. 1  in subject order and in pdf format

The next issue of Swiss Express will be published in June 2021.